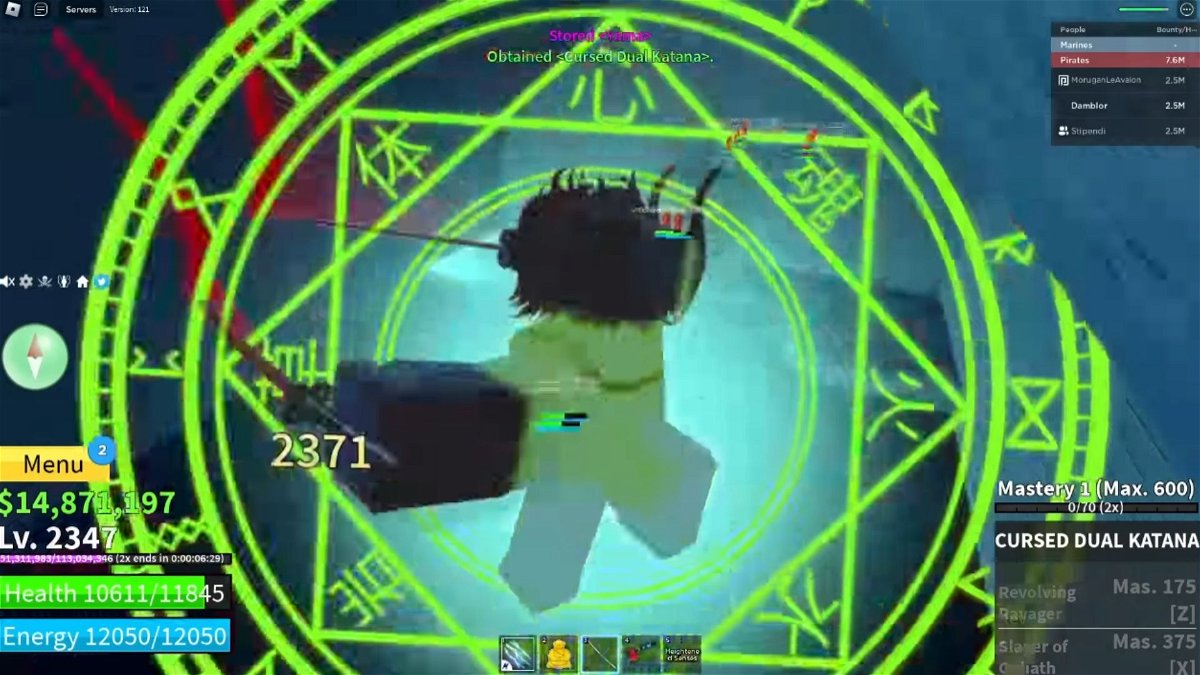 The Blox Fruits Update 17 Part 3 in Roblox features one of the best content updates in the game, the God Human fighting style.

Aside from this, another unique item, the Cursed Dual Katana, was also added.

Many Blox Fruits players & YouTubers have hyped up The Cursed Dual Katana. It is a fantastic item with exceptional skills.

However, the Cursed Dual Katana is hard to get since you will need to solve a puzzle maze to get it.

In this article, we show you the steps to get the Cursed Dual Katana by giving you the solution to the trials of the two scrolls.

How to get the Cursed Dual Katana & Complete the Scroll Puzzle

Getting the Cursed Dual Katana will take some time, so it is best to be patient and follow the steps so you do not get lost or redo your progress.

The first step is to go to the Turtle Mansion in the 3rd Sea, and you will find a locked door. Next, check the backside of the building to progress the mission. 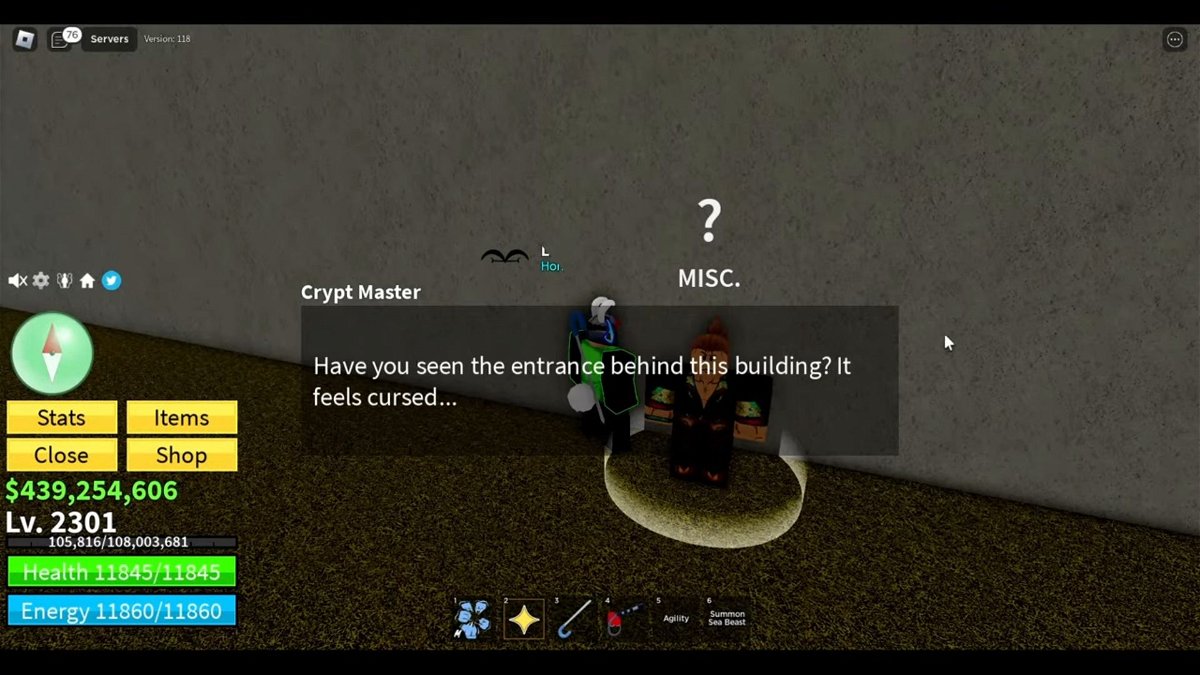 Here, you will find the Crypt Master that should trigger the mission. After talking to him, go back to the entrance, and you will find it unlocked.

When you get inside, there should be two scrolls. Check one of the scrolls to find a set of trials.

One of the two sets of trials is in the Tushita Scroll. The first trial was named Dock Legend.

This requires you to talk to three different boat dealers on three other islands.

When talking to each of them, choose the Pardon Me option when it comes up. 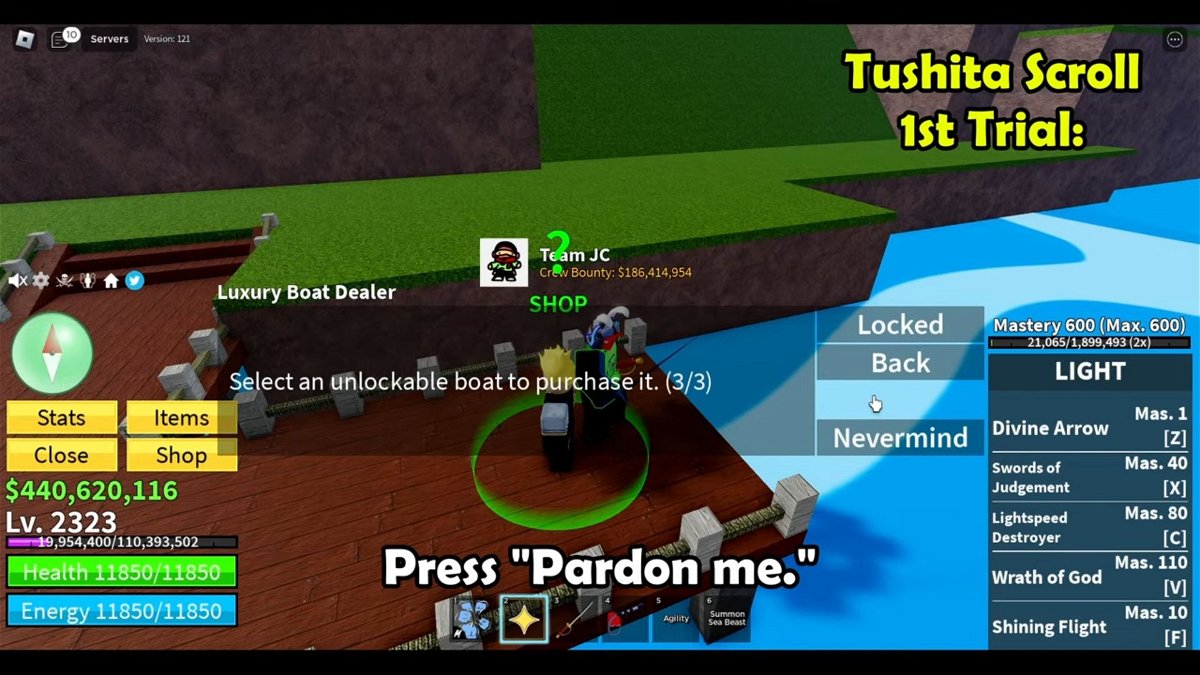 Once finished, you will get an Alucard Fragment and unlock the second trial. Then, go back to the mansion and click on the scroll inside.

The second trial is named Sense of Duty which requires you to do a Pirate Raid in Sea Castle. Sea Castle can be found in the 3rd Sea. 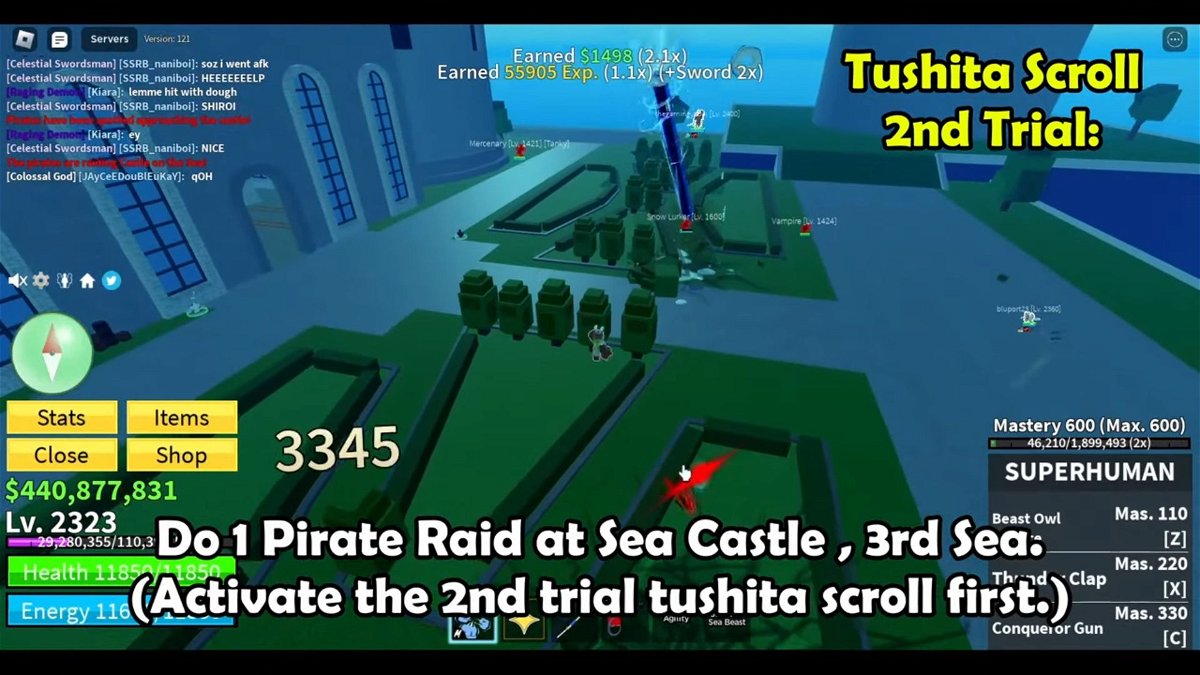 He will give another Alucard Fragment once this trial is completed. Go back to the mansion and click on the scroll for the third trial.

The third trail is called Soulless, which requires you to defeat Big Mom, go to Heaven, defeat multiple waves of enemies, and light three torches in the area. 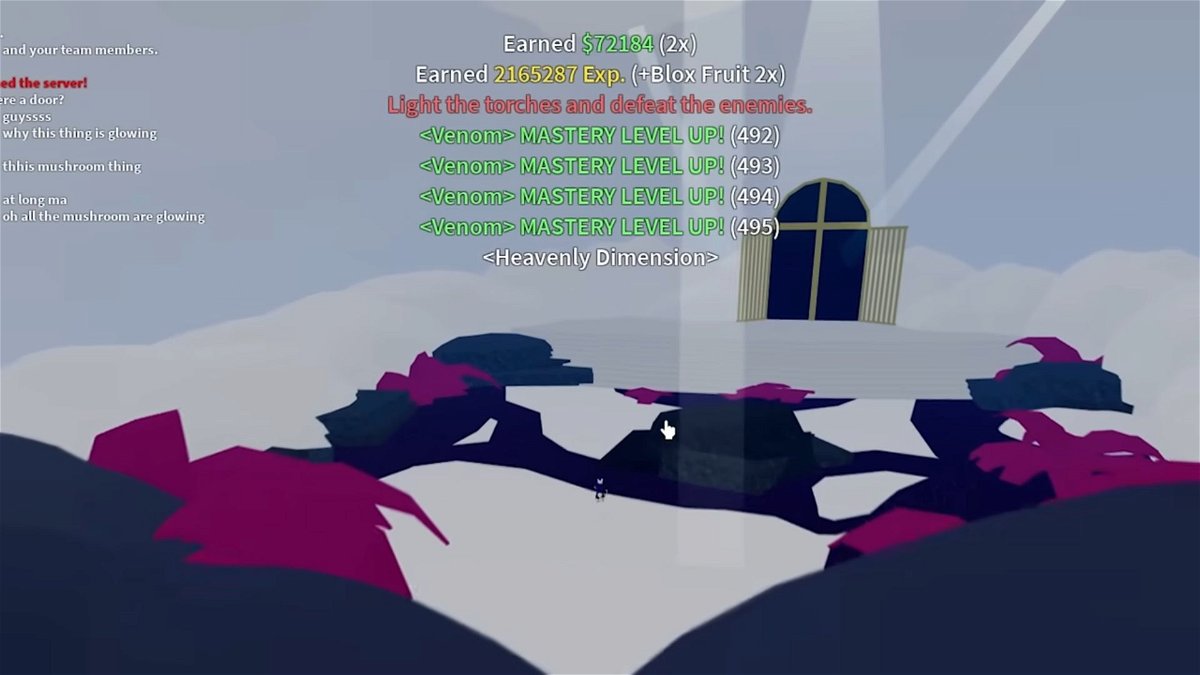 One of the two sets of trials is in the Yama Scroll.

The first trial is called Pain and Suffering.

The goal is simple, take large amounts of damage from enemy NPCs or a fellow player until the trial completion notification pops up.

Once finished, go back to the Yama Scroll to start the subsequent trial.

The second trial is called Haze of Misery. Once activated, you will have limited vision and be tasked to find enemy NPCs marked with purple circles.

This is one of the longest ones, as you have limited vision, and the enemies can be on any island. The enemies are also random for each player. 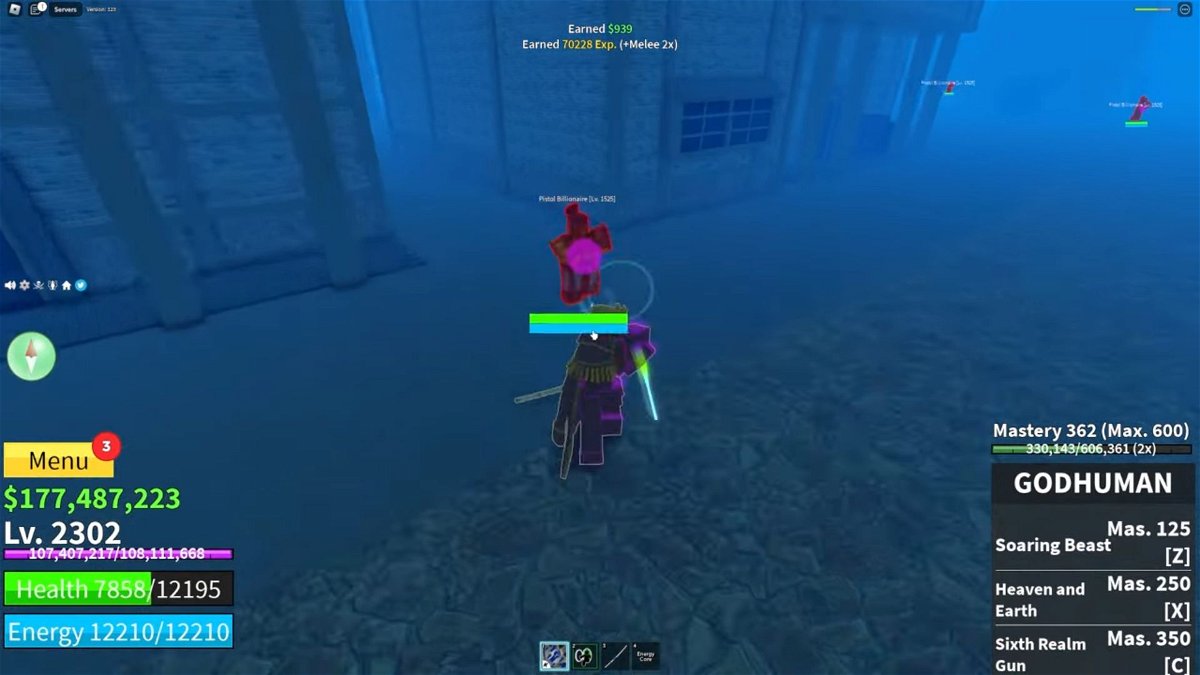 Just find all marked enemy NPCs until the trial completion notification pops up for the subsequent trial.

The last trial is called Fear the Reaper, where you have to spawn and die from the Soul Reaper.

Once you get killed, you will spawn in Hell, where you have to kill waves of enemy NPCs and light three torches, just like the Soulless trial. 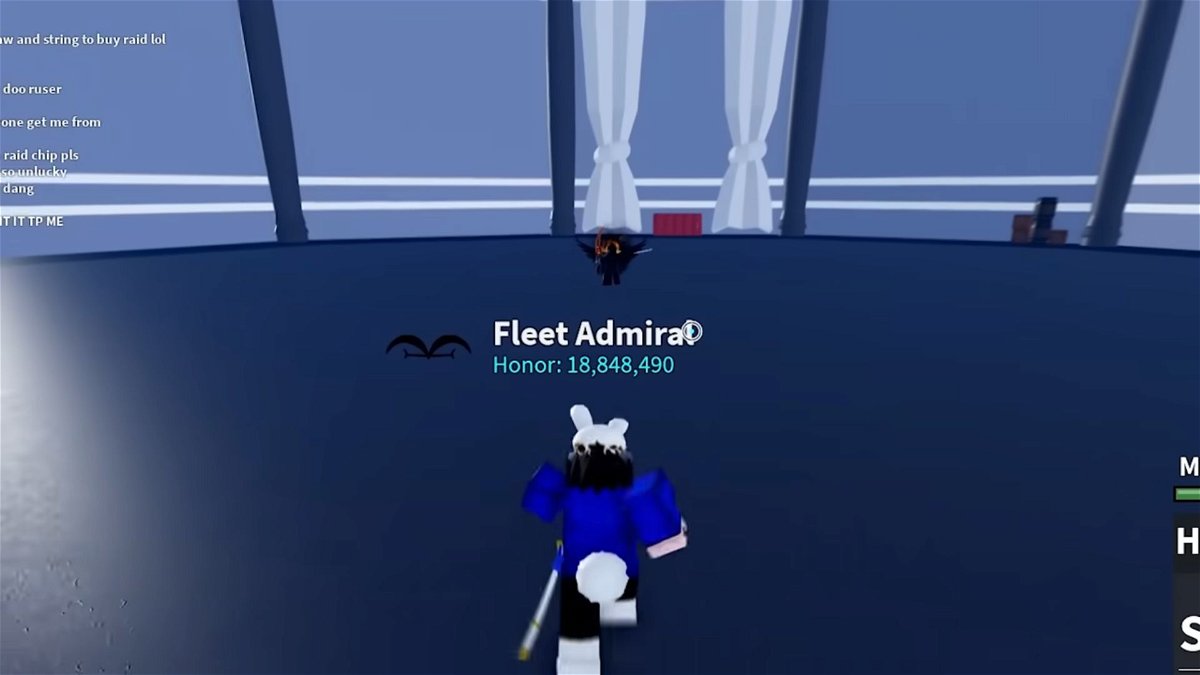 Following our guide and finishing the six trials this way should give you all the Alucard Fragments.

The last step is to click on the empty pedestal in the middle to open a boss room.

This is the last trial where you have to defeat the final boss and obtain the Cursed Dual Katana with Oden’s Two-Sword fighting style.

You can watch a complete video guide by fellow Roblox player Axiore below.

The Cursed Dual Katana has two moves: Revolving Ravager and Slayer of Goliath.

Revolving Ravager is the Z skill that lets you spin around for a moment and then send out a cyclone in a direction.

Enemies hit by the moving cyclone will get knocked back and damaged. 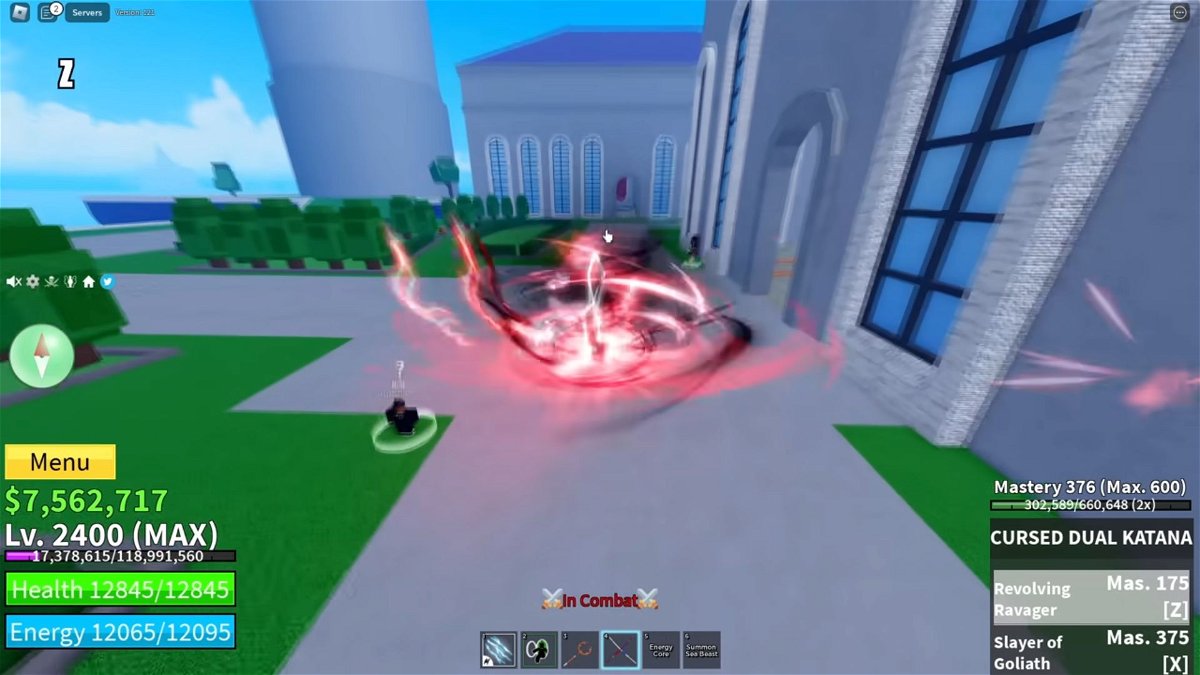 Slayer of Goliath is the X skill that lets you dash forward. Enemies in your path are damaged and knocked back a short distance.

Both abilities are significant ranged attacks but for different scenarios.

Slayer of Goliath has an excellent dash to close the distance, while the Revolving Ravager is a long-range attack.

The abilities are hard to weave in basic attacks but should be fine when there is a distance between you and the enemy.

If you want to see it in action, you can watch Axiore’s video showcase.

The Cursed Dual Katana is worth getting if you have the time to do all the trials.

If you want a swordsman fighting style and the dark theme of the Cursed Dual Katana, this is definitely for you.