How Much Does Headless Horseman Cost on Roblox?

Wondering about the history of Headless on Roblox & how much it costs to purchase for yourself? We have all of the information below! 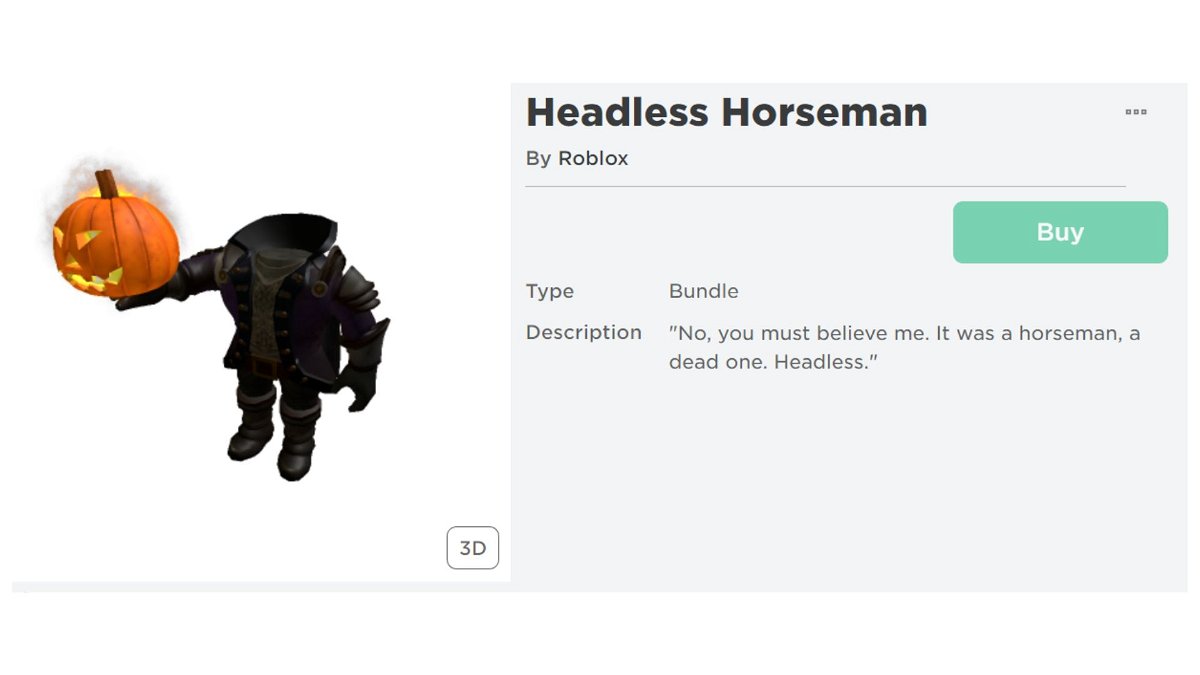 The Headless Horseman is one of the oldest bundles in Roblox, released in 2013 and considered an extremely rare cosmetic in the game.

Many veterans and avid Roblox players try to get this for its unique value.

Since it got you reading this far, you must also be interested.

Let us look at some information on the Headless Horseman bundle. What is it, and how much does it cost on Roblox?

"No, you must believe me. It was a horseman, a dead one. Headless." is the official description of the bundle on the official Roblox website.

The bundle includes eight separate items that players can equip from head to toe.

This has been sought for so long that even one thing is already precious enough for rare item hunters to spend lots of money on it.

Its theme is based on the Headless Horseman myth, which is said to be some form of Grim Reaper or at least an entity that acts like one.

No one truly knows, but the visual and story concept is cool enough that even kids and adults seek it out in Roblox.

According to the community-run Roblox fandom, it comes around annually and lasts for at least a month in the marketplace for buyers to take it. 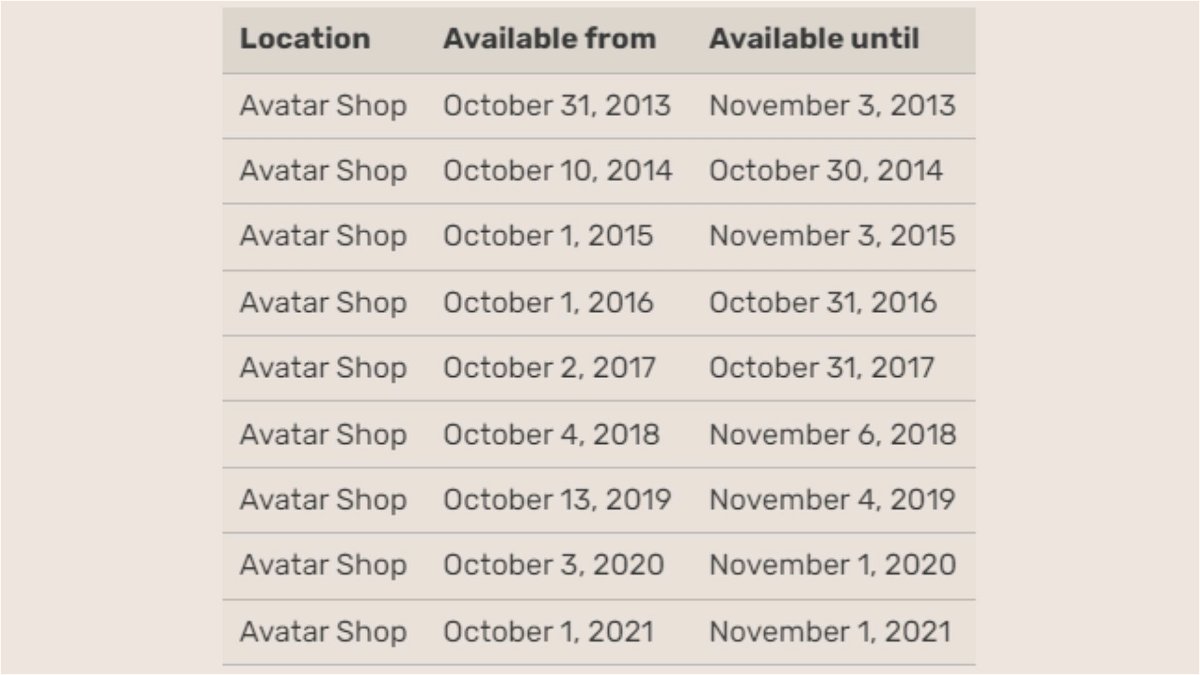 However, rumors say that the Headless Horseman bundle might become a limited item.

This could cause an increase in price and popularity over the next few years.

It is rare now, so limiting it will only make owning one better.

This cosmetic is old and rare and has repeatedly come up in the marketplace.

Roblox sold it for around 31000 Robux in October last year. This was reported by HelloItsVG, through a screenshot he posted on Twitter. 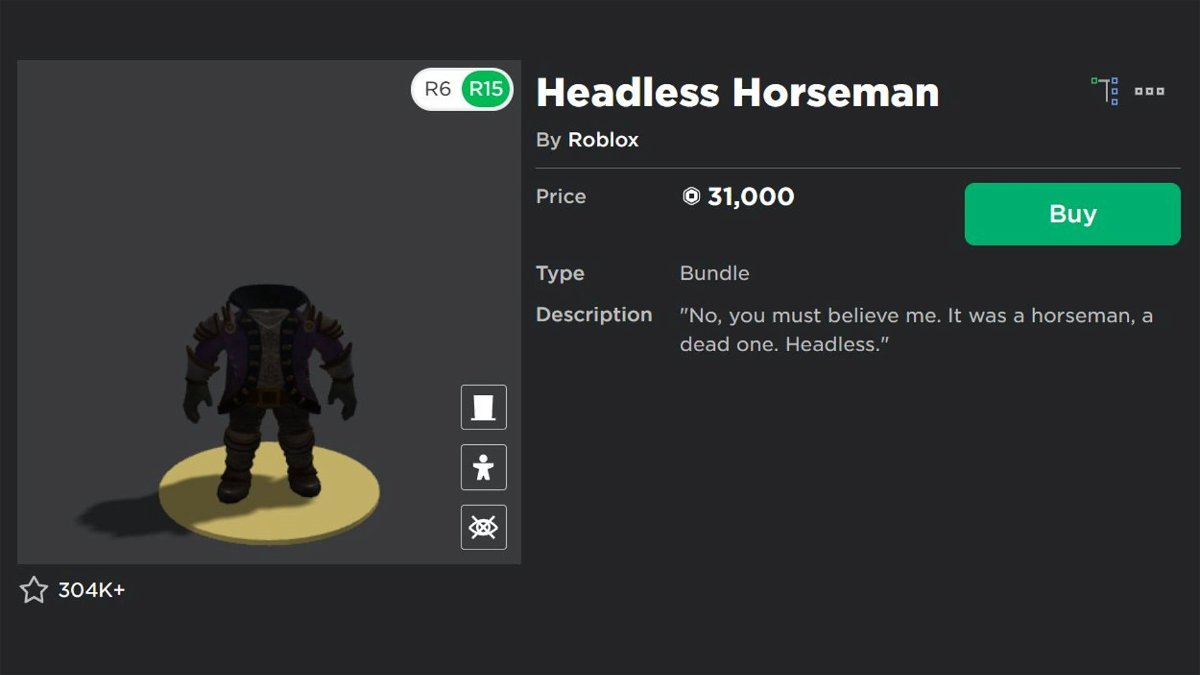 As said before, the Headless Horseman bundle comes around Halloween every year.

It will last around a month in the marketplace but expect its price to be around 31000 or higher.

Make sure you have some spare Robux lying around just in case its price increases, or having some other cosmetics to trade is recommended.

When you get the chance to get this bundle, there is no reason to deny yourself from taking it.

The item remains unique and valuable even if the rumors of it going limited are not valid.